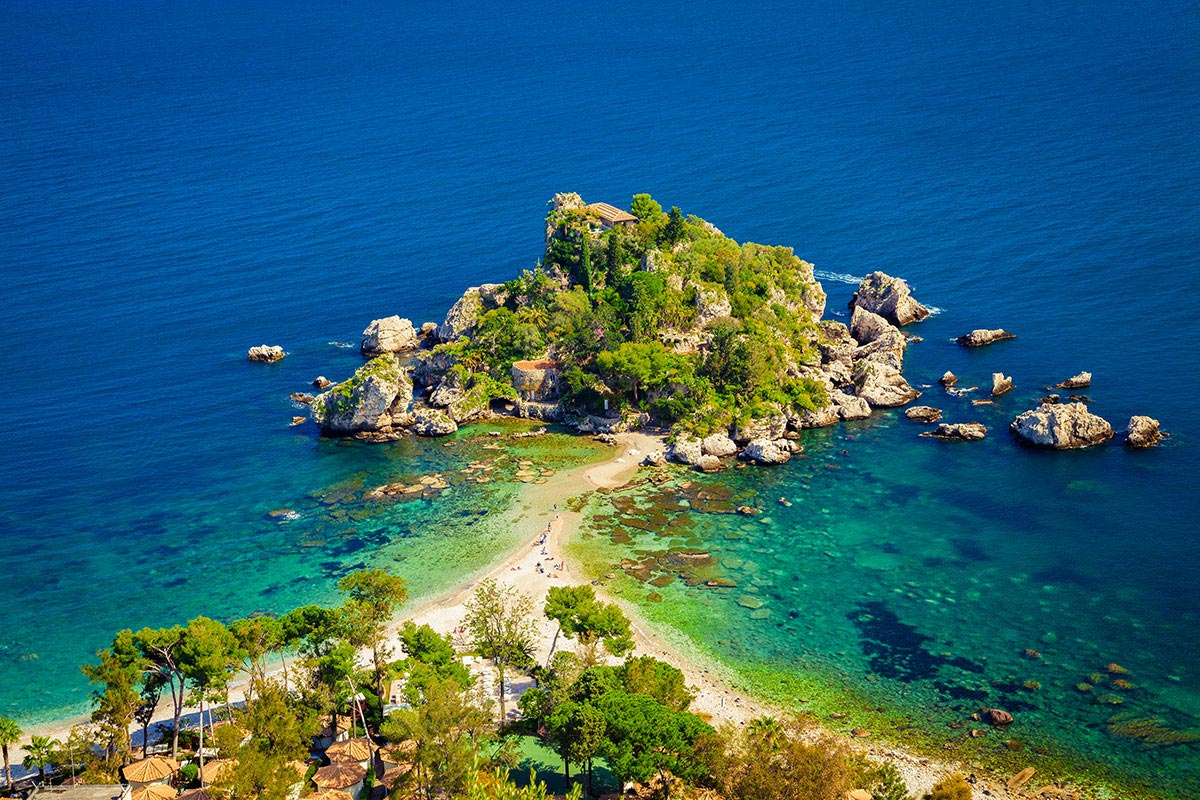 The pearl of the mediterranean

Taormina, south of Messina, on the eastern coast, is one of the most famous cities, internationally, of the Sicilian island. Between sea and mountains, the landscape and marine beauties follow one another and are enough to enchant many visitors, but there is more. There are historical monuments, there is good food, there are enchanting palaces and important National Events.

The charm of history that blends with the beauty of the landscape to give life to a city that has been around the world thanks to its fame. 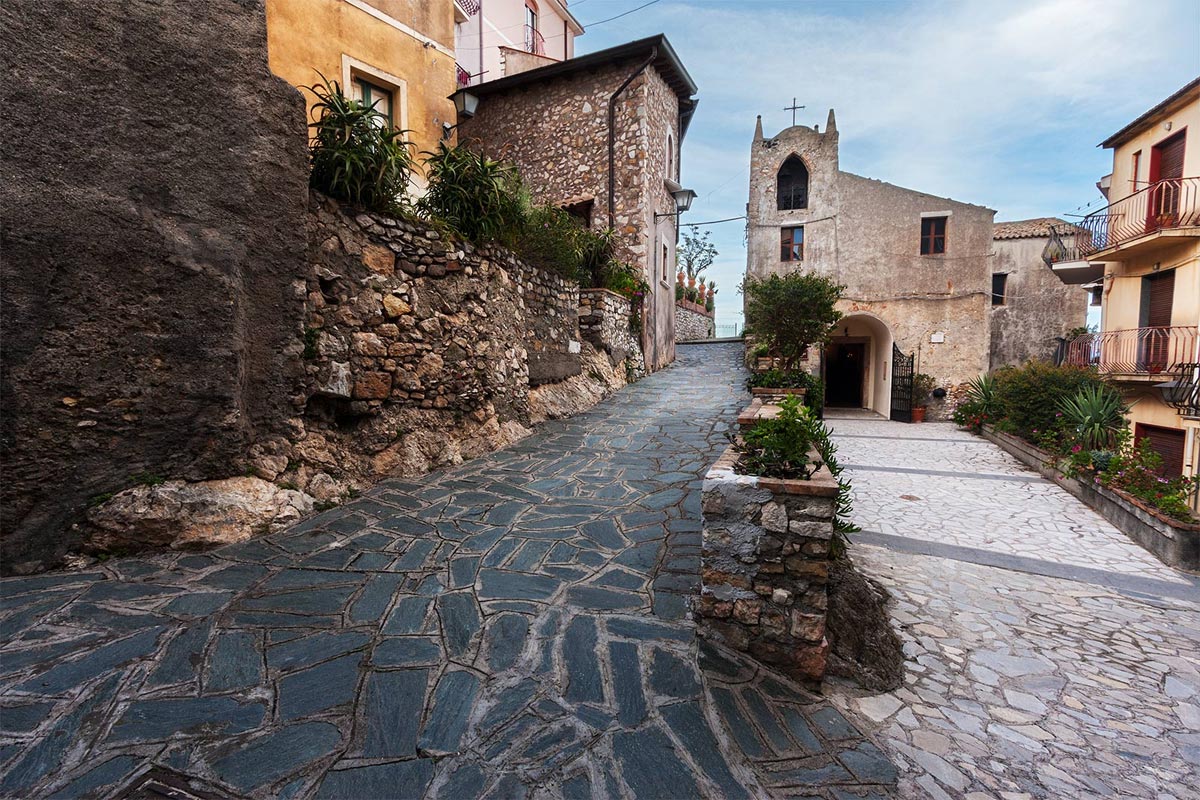 A delightful village near Taormina

The town, small and well preserved, is located on the top of a hill overlooking the Ionian sea about 36 kilometers south of Messina, about 49 kilometres north of Catania and a few kilometres from Taormina. 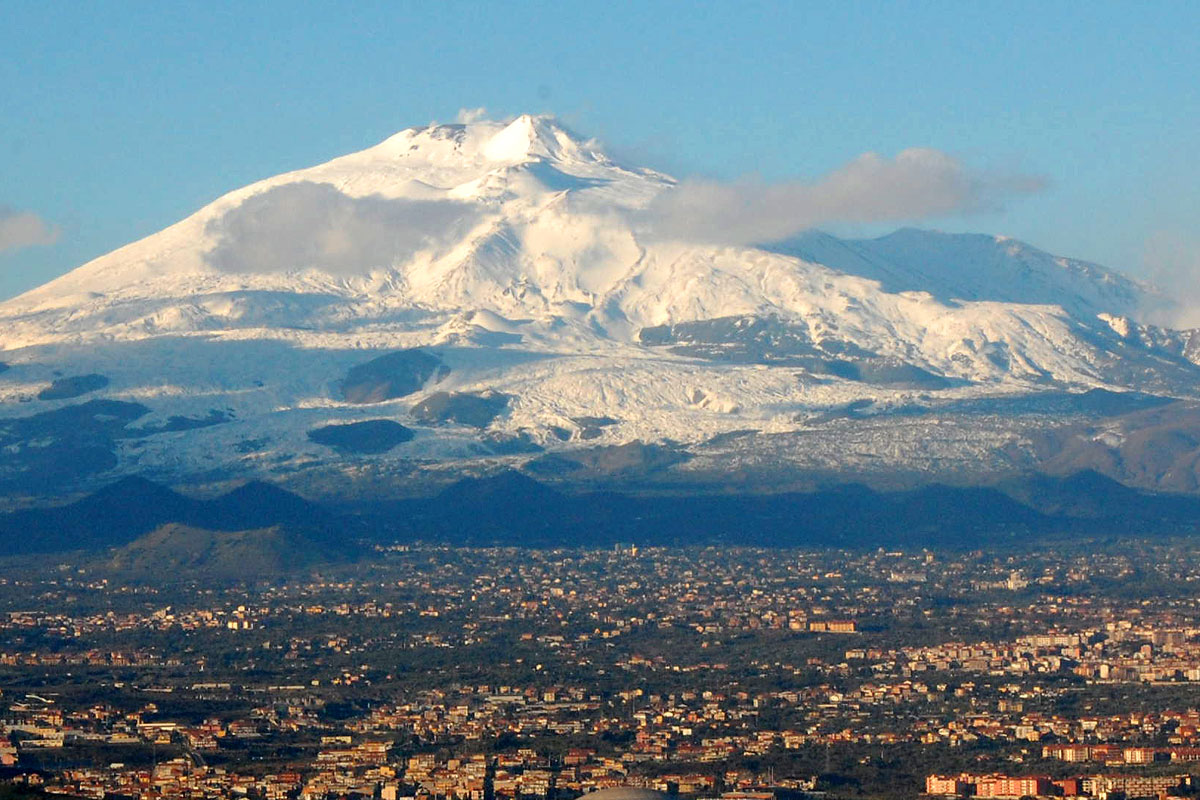 The largest active volcano in Europe

Located in eastern Sicily, a step away from the Strait of Messina, is Mount Etna, the largest active volcano in Europe.

Over the centuries, the eruptions have changed the slopes of the volcano, drawing unique views of lava and ice, today protected by a vast natural park that can be visited following peaceful nature trails.Etna became a Unesco heritage site in 2013. 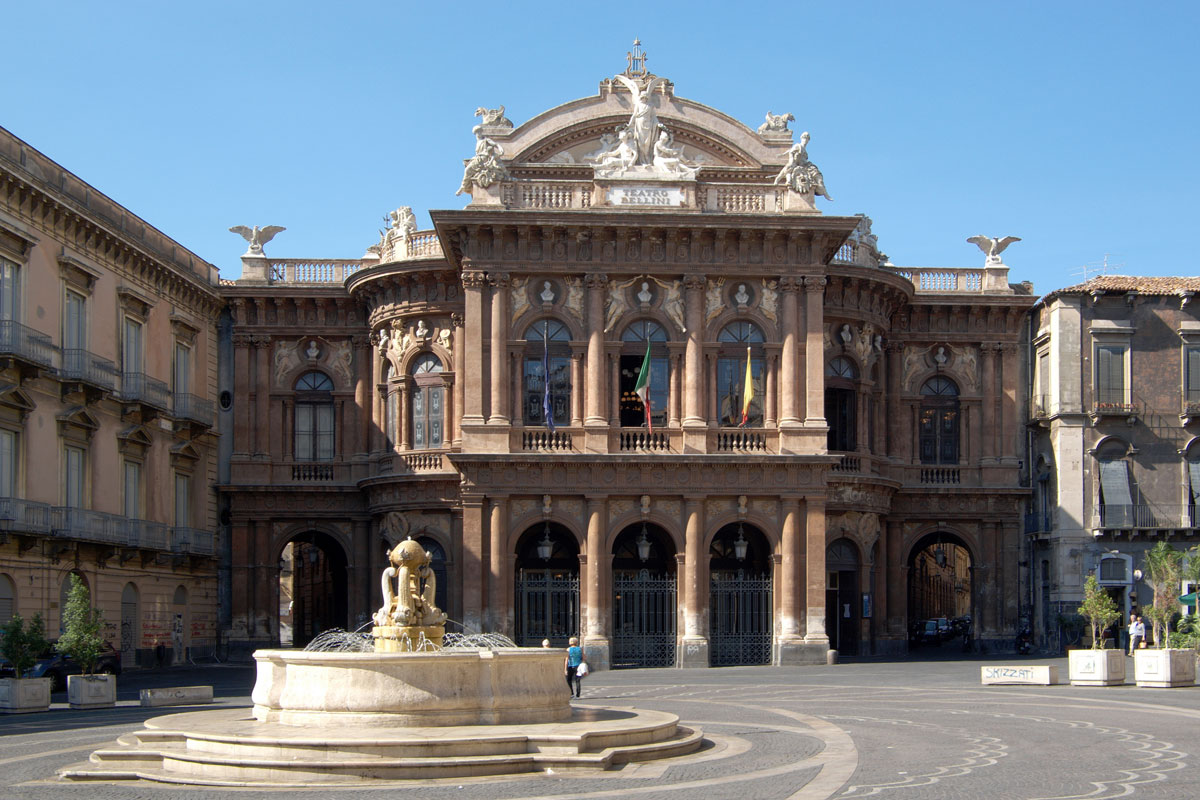 Located at the foot of the suggestive Mount Etna which with its eruptions often gives it a particular charm, Catania, overlooking the Ionian Sea, is a splendid city of art, an undisputed example of Sicilian Baroque and for this Unesco heritage together with the other cities of the valley of Noto.

Catania originates as a Sicilian settlement, refounded with the name of Kατάvη in 729 BC. By Chalcidian Greek colonists. In the 5th century BC it was occupied by the Syracusans, who baptized it Etna, it was then conquered by the Romans in 263 BC. With the fall of the Roman Empire, the city followed the fate of Sicily, being conquered first by the Ostrogoths, then by Arabs, Normans, Swabians and Angevins. Shocked by the terrible erruption of Etna in 1669 and the disastrous earthquake of 1693, the city was almost entirely rebuilt at the beginning of the eighteenth century, according to the baroque taste of the time that characterizes all of south-eastern Sicily. 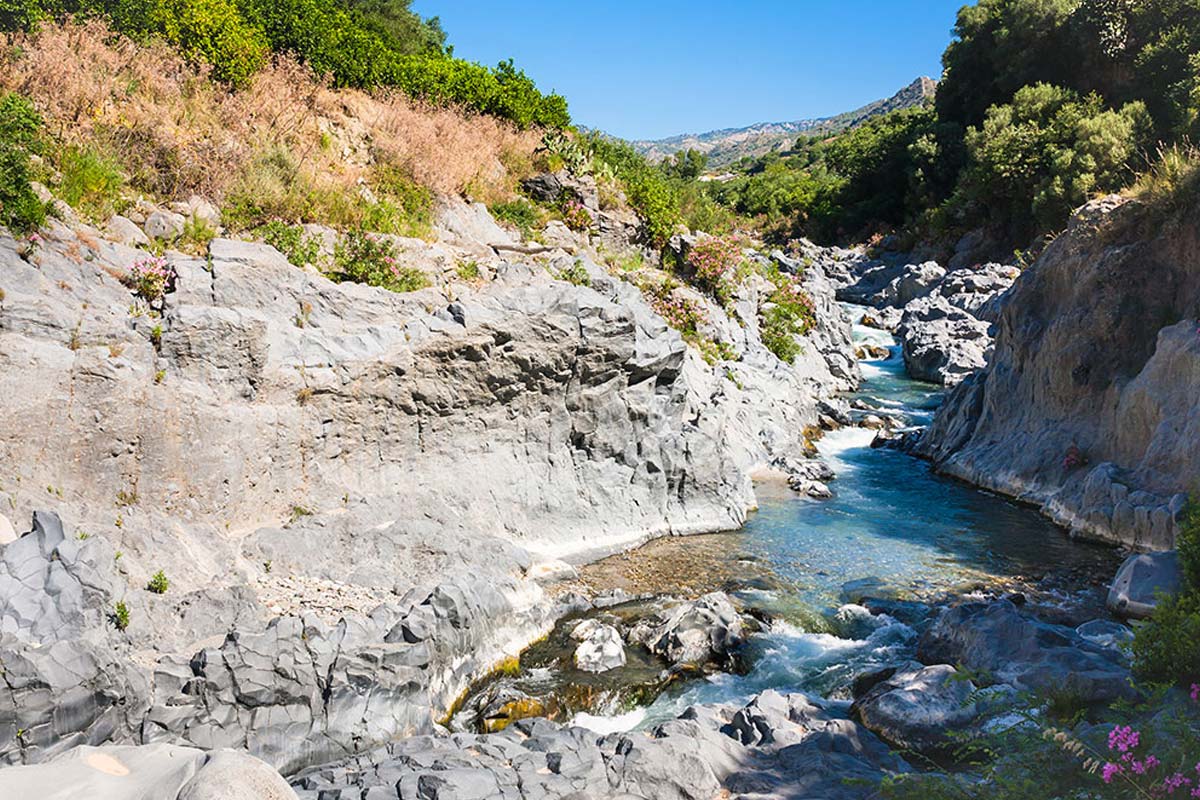 The course of the river creates a natural itinerary of places of inestimable beauty; from the mouth to the source we find Giardini Naxos, Taormina, the Calatabiano valley, Gaggi, Graniti and Motta Camastra, a town of Arab origin from which it is possible to reach the famous “Alcantara Gorges” known throughout the world for the presence of prisms basaltic. 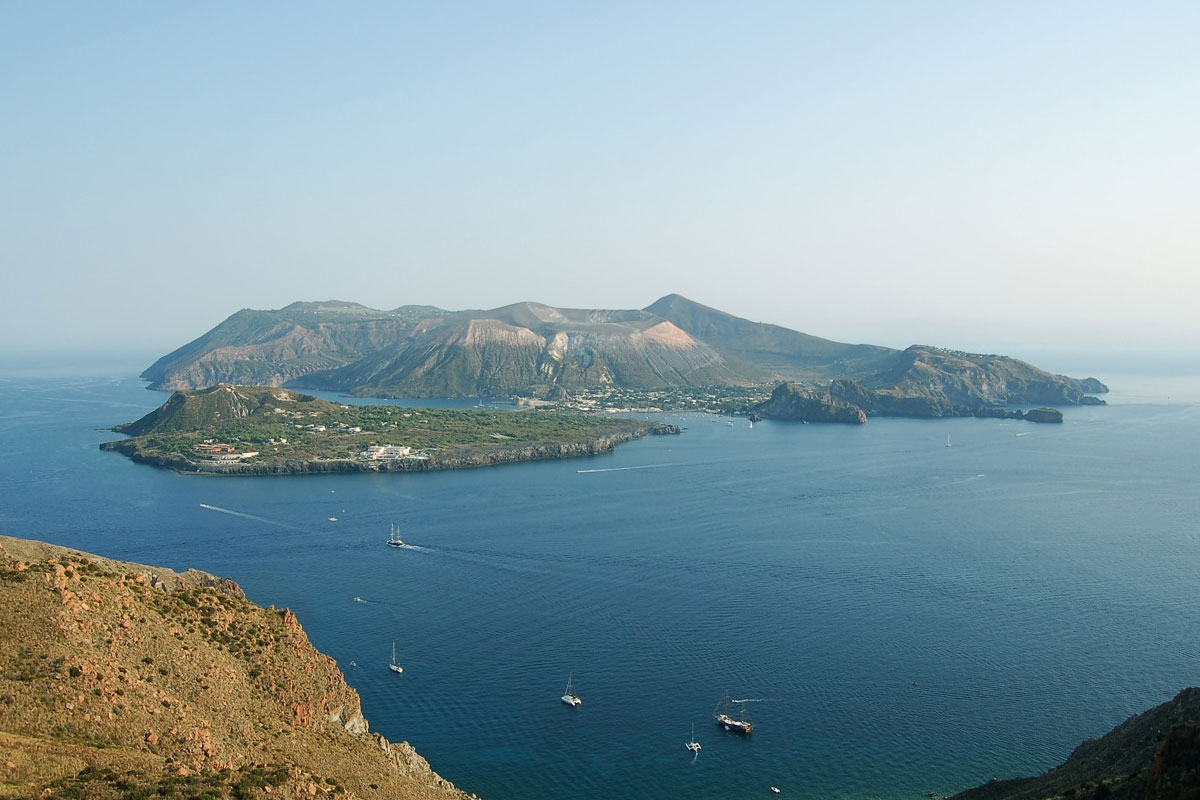 The seven pearls of the Mediterranean

They have been defined as the ”seven pearls of the Mediterranean “, this is because they are islands of extraordinary charm. These are always active volcanoes and when you get close you can’t help but be tempted to explore them.

The fundamental importance in the geological and naturalistic field is the reason why Unesco,in 2000, included the Aeolian Islands in the «world Heritage List » 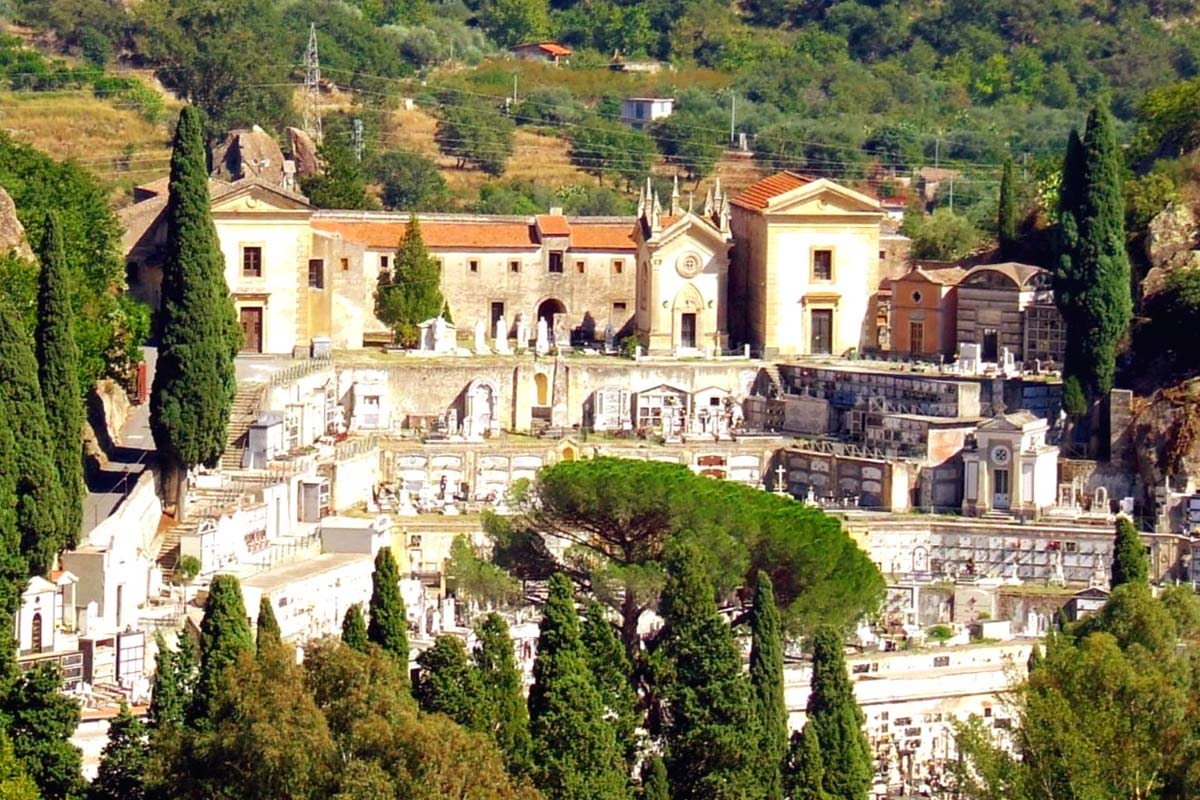 In the magnificent scenery of the Alcantara Valley, 330 meters above sea level, Francavilla di Sicilia occupies a central position as the main point of inflow and transit for other nearby towns. Framed by the Peloritani montains, the town lies in the valley surrounded by the «San Paolo» rivers and the «Zavianni” stream. 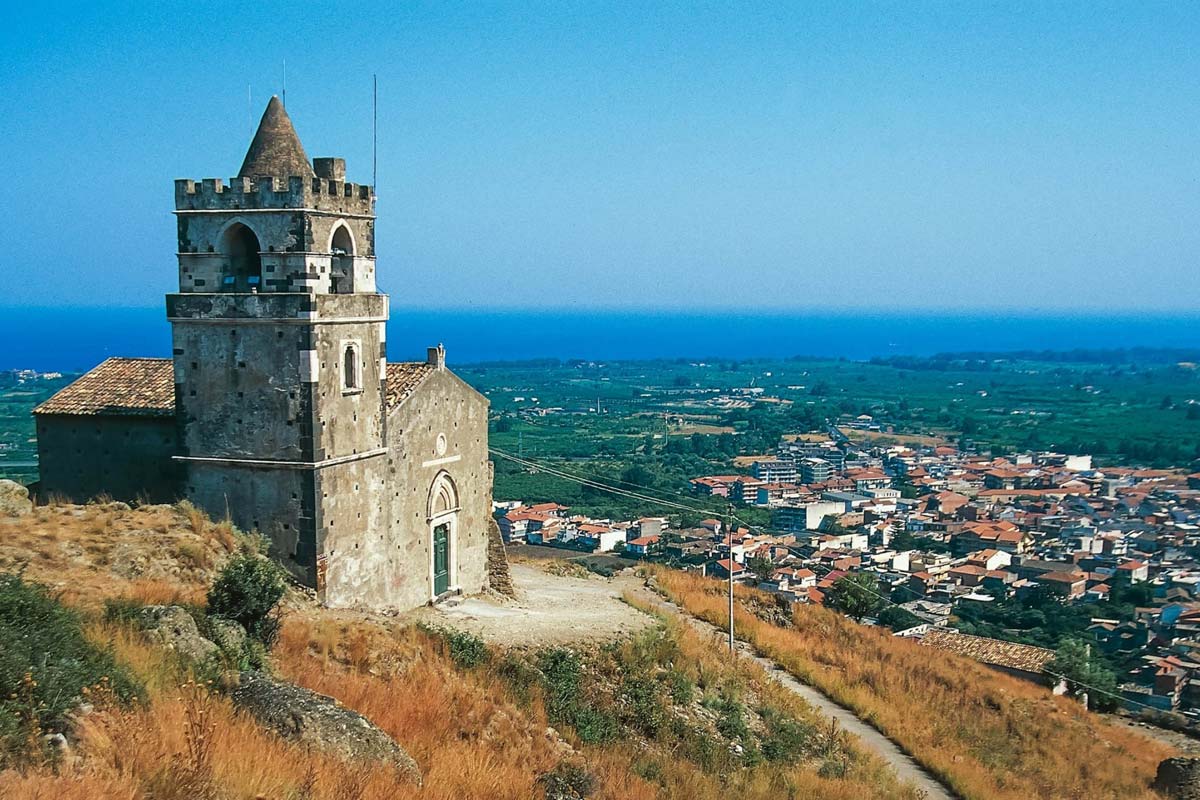 Ancient medieval village immersed in a unique landscape at an artistic and naturalistic level. There are many possibilities for excursions, which can range from the ancient castle that dominates the Alcantara valley to then immerse ypurself in the fluvial nature that will take us to the mouth near San Marco beach. 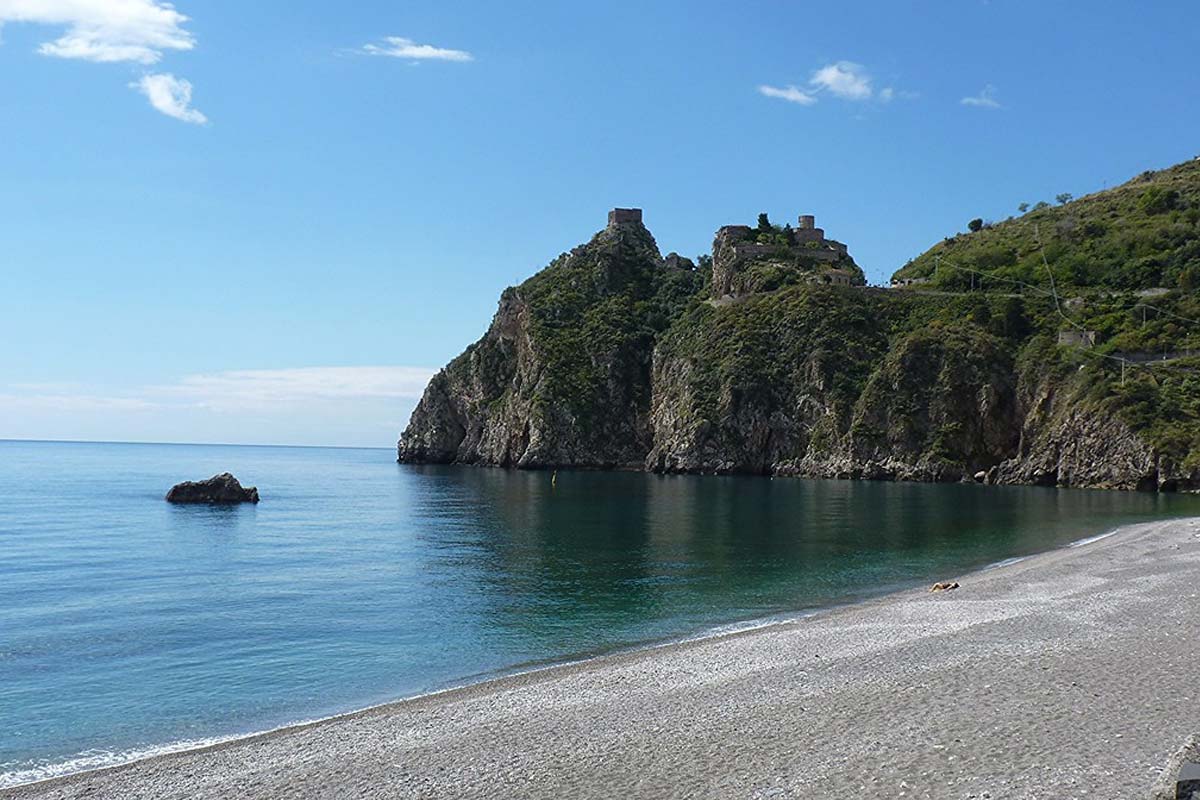 Sant’Alessio Siculo is a small town bathed by the Ionian sea, located along what is known as the “Silver Coast”, from the name that the Greeks gave to Capo Sant’Alessio.

In the outer wall of the cape there are three caves which can only be accessed from the sea and beyond the cape there is a suggestive cliff with large boulders. 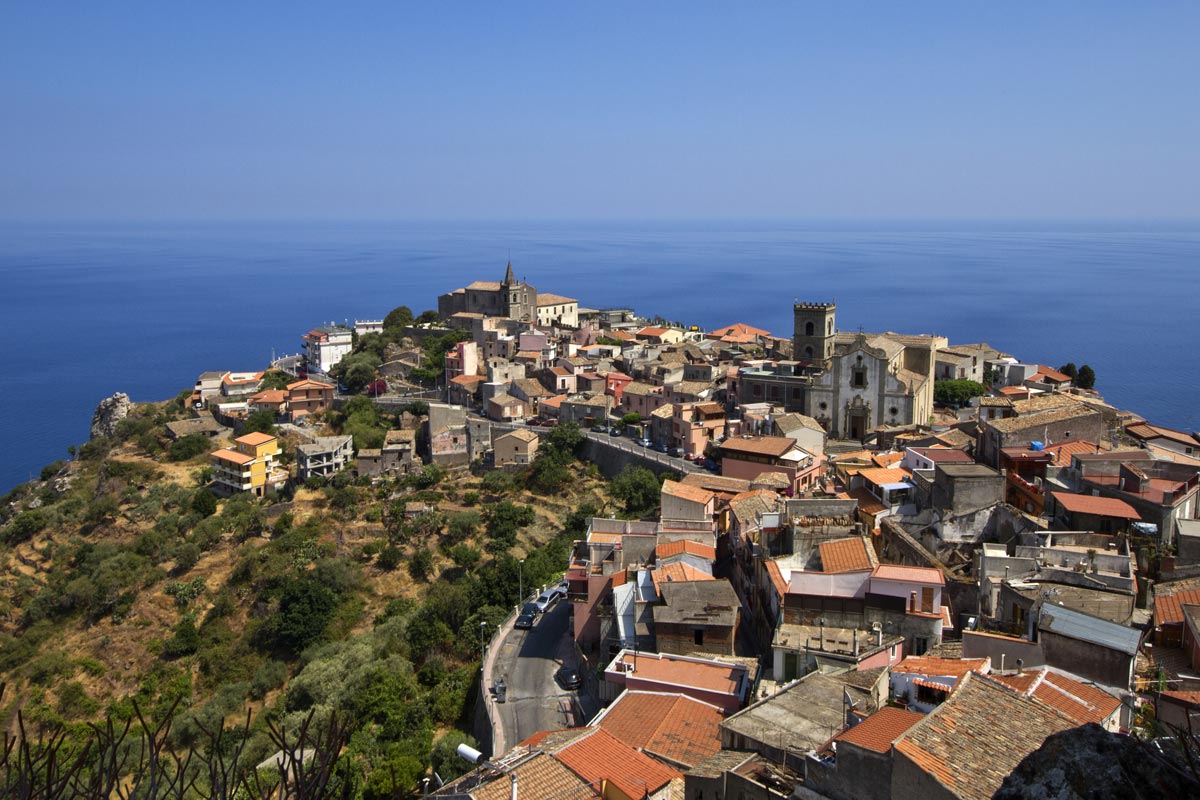 It is clear to those who visit Forza d’Agro for the first time that the love for a past full of glory, history, culture and tradition is holding back the trend towards frenetic innovation. In this happy corner of land it finds its location, between the provinces of Messina and Catania, 420 meters above the crystalline Ionian Sea. 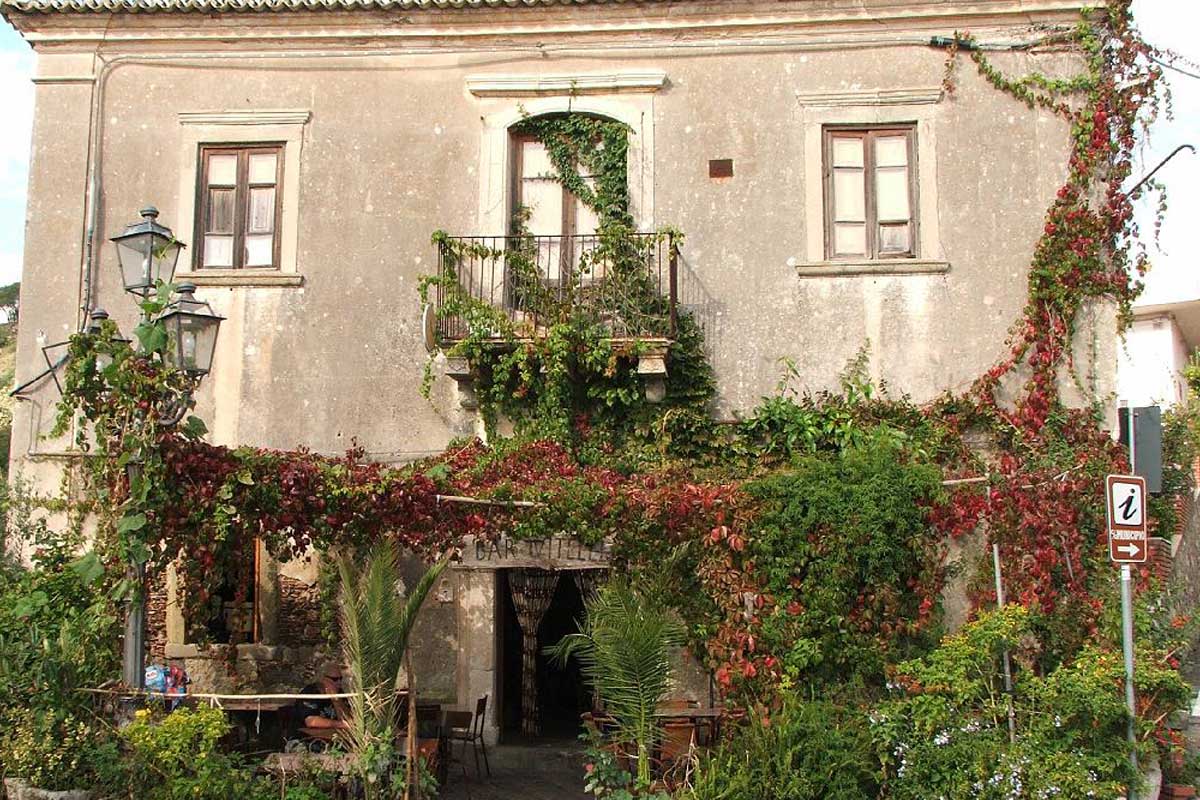 The most beautiful village in Italy

The Village of Savoca, nestled on a rocky hill 300 meters above sea level, was included in the list of the most beautiful villages in Italy in 2008.Country of seven faces and fertile land of stalwart wits ; the village of Savoca, from any side you look at, always offers new suggestive scenarios.

Legends, stories and popular traditions mix and can still be heard today through the voice of the inhabitants. The village of Savoca, a tourist area in the Agro Valley, is one of the most interesting destinations in Sicily, a unique land in the world. 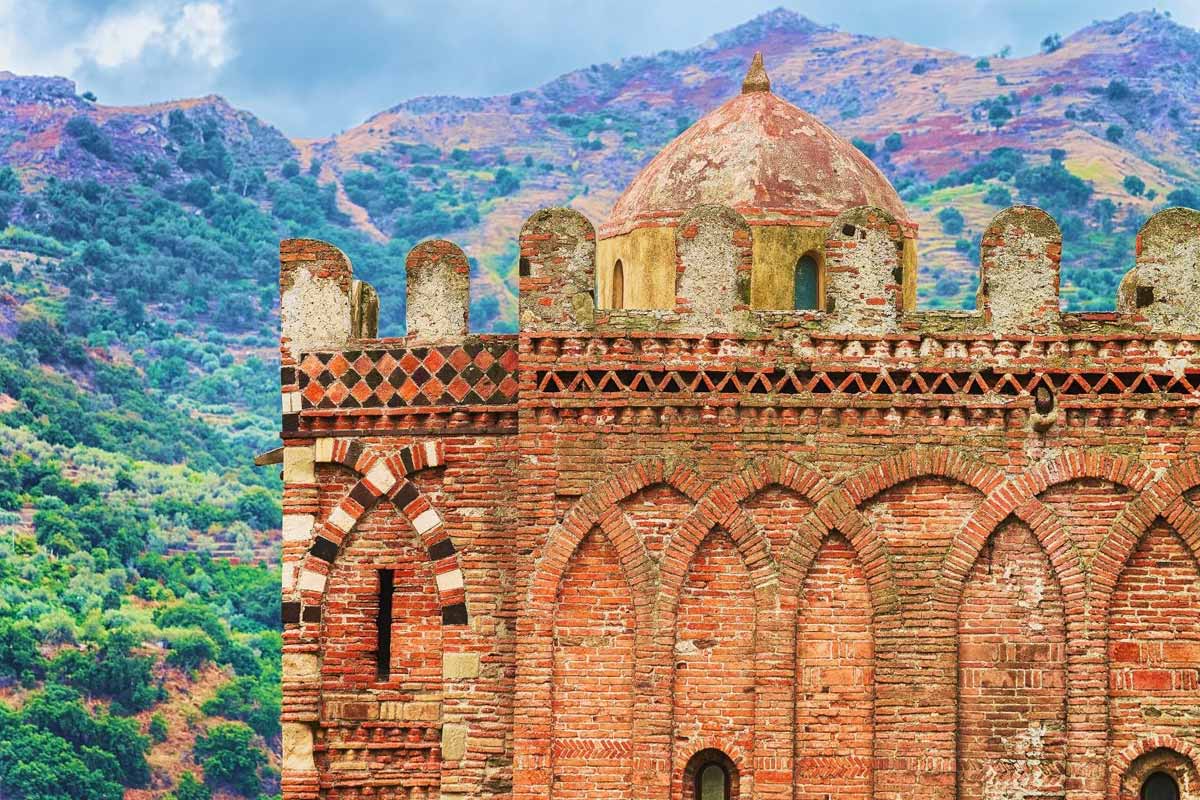 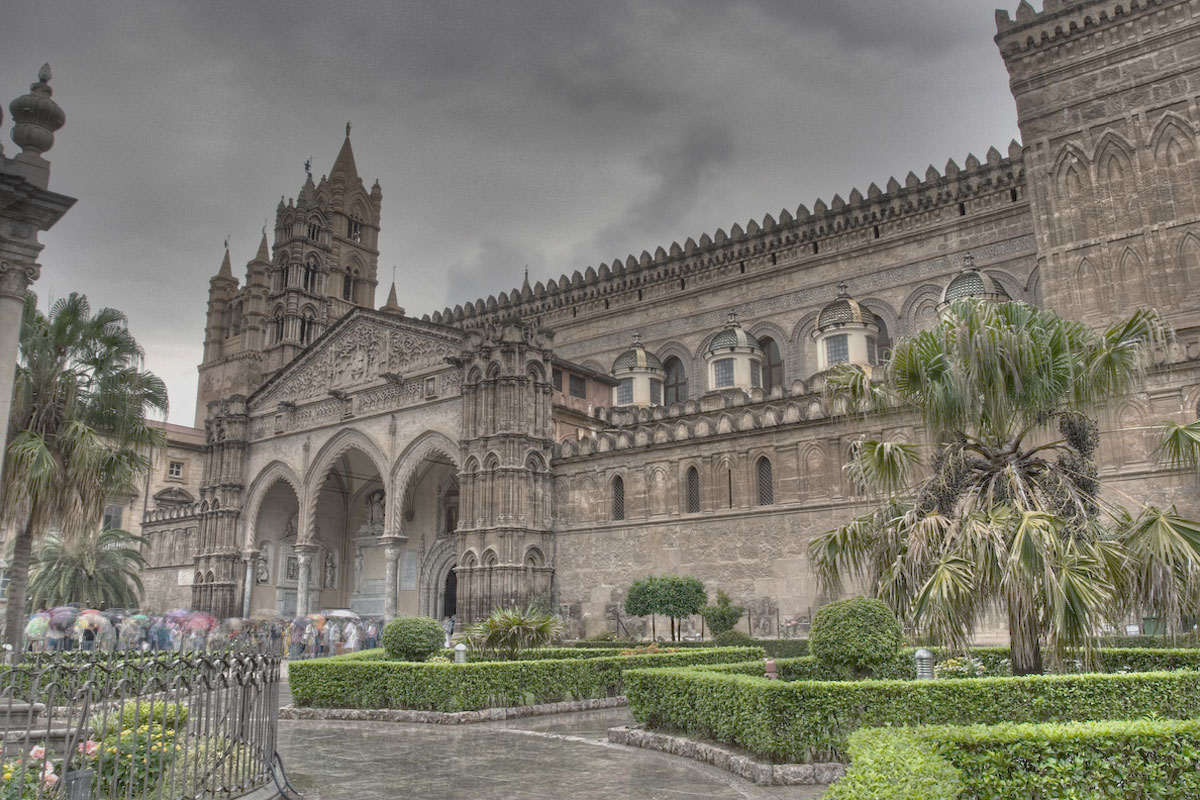 Palermo, the capital of the Sicily region, is a beautiful city located in the exact center of the Mediterranean. The origins of this city are very ancient and as evidenced by the discovery of some rock carvings that probably date back to the Paleolithic age. Palermo is a city full of art that can be enjoyed outdoors : from squares to fountains, from parks to majestic palaces.